Tomatoes are excellent sources of nutrition. Not only are they low in calories they’re high in vitamins, minerals, and phytonutrients.  Tomatoes contain robust levels of vitamins A (as beta-carotene), C, K, and various B vitamins. Tomatoes are also rich in fibre as well as minerals like potassium, manganese, magnesium, chromium, and copper.

But nutritionally speaking, the main health benefits of tomatoes come courtesy of a phytonutrient called lycopene. Lycopene is a pigment that is responsible for the rich red colour of tomatoes. It is an extraordinary compound that has been widely researched. The most compelling evidence is the connection between increased tomato consumption and reduced risk for both cardiovascular disease and prostate cancer.  It also shows promise in preventing other cancers, including breast, lung, gastric, colorectal, and pancreatic. But the most promise is its effect on prostate cancer, the second most common cancer in men.

Stir! it up sauces are packed with tomatoes.  Dried tomatoes are higher in most nutrients as drying concentrates the vitamins and minerals and have a very high lycopene content. To maintain shelf-life we air-dry our sauces. So, that lovely Tomato sauce is not just brimming with flavour, it is super good for you! 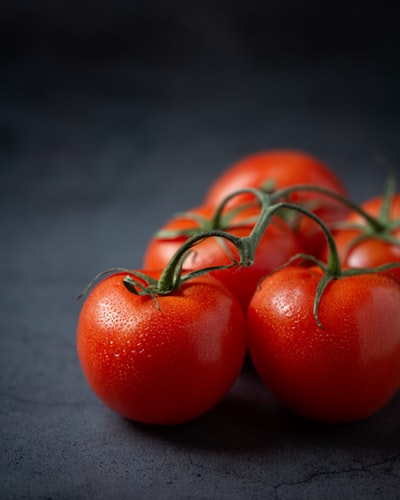 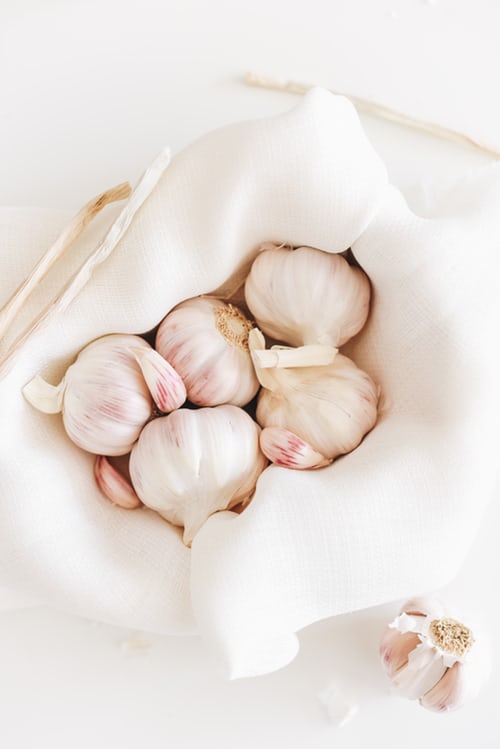 Garlic has been highly valued throughout the ages as a culinary spice. In our Stir! it up sauces we use garlic in abundance. Mainly because of the wonderful taste, but also for its health benefits.

It is an excellent source of vitamin B6, manganese, selenium and vitamin C. In addition, garlic is a good source of other minerals, including phosphorous, calcium, potassium, iron and copper.

Research has focused on garlic’s potential to reduce the risk of heart disease, cholesterol levels and cancer. Several studies suggest that garlic makes platelets (the cells involved in blood clotting) less likely to clump together and stick to artery walls, therefore acting as an anticoagulant and so reducing the risk of heart attacks. The sulphurous compounds have also been studied for their ability to inhibit cancerous cells and block tumours by slowing DNA replication. The ability of these compounds to depress tumour cell proliferation is still being studied extensively.

Garlic has a long history of use as an infection fighter – against viruses, bacteria and fungi and is regarded as one of the few products that can fight the common flu.

Chillies get their spicy heat from a chemical called Capsaicin. It is this chemical that is used as a pain reliever in many topical ointments, nasal sprays and dermal patches. Researchers at Harvard University recently announced that they believe Capsaicin can be used to target pain receptors, without affecting nerve cells. While most painkillers today affect mental alertness, Capsaicin could provide a safe alternative without the unpleasant and inconvenient side effects.

But the most exiting studies suggest that eating chillies can prolonged your life.  In 2015 scientist from the Chinese Academy of Medical Sciences tracked the health of nearly half a million people over several years. Those who ate chilli-rich food once or twice a week had a lower mortality rate than those who abstained. It’s not known quite why this is the case but looking at all the positive health benefits of eating chillies it is self-explanatory. Chilli-eaters are less likely to have high blood pressure. Capsaicin relaxes blood vessels by increasing production of nitric oxide, which protects against inflammation. Chillies boost blood circulation and act as a blood thinner to help protect against strokes.

Higher consumption of chillies is linked to lower levels of obesity and chillies have a positive impact on people suffering from diabetes. Studies have shown that after eating chillies, the amount of insulin needed to lower the body’s blood sugar level following a meal, was reduced by a staggering 60%.

Then there is the potential to fight cancer … Recent evidence suggest capsaicin may help to prevent certain cancers forming and stop tumours growing. For example, Capsaicin helped stop the spread of prostate cancer. The Capsaicin found in Chillies triggered suicide in both primary types of prostate cancer cell lines and slowed the development of prostate tumours.

Even in terms of basic nutrition, chillies have high levels of vitamin A and C. All the more reason to eat lots of Stir! it up sauces – Smoky Curry-, Harissa Tomato-, Chermoula-, Yassa-, Thai Ginger- and our own Braai sauce have a dose of the good stuff! 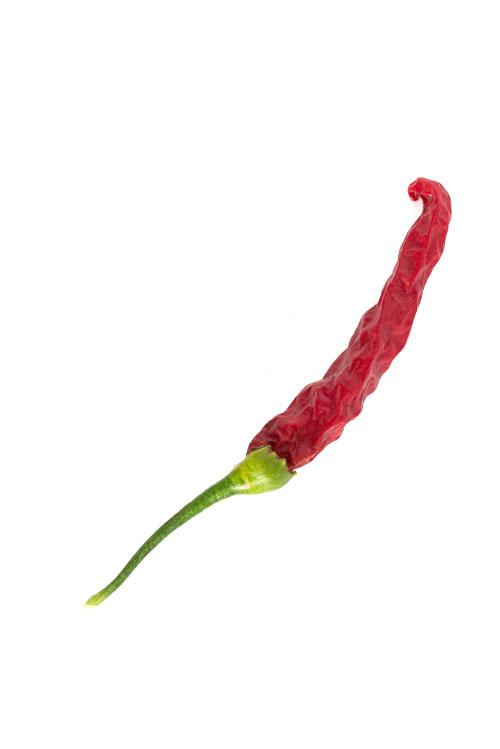 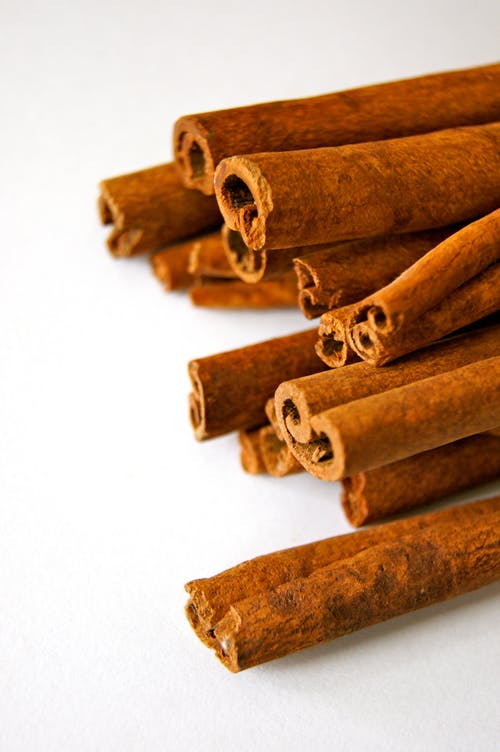 Tumeric has been used for medicinal purposes for nearly 4000 years and is billed as being able to cure a dazzling array of ailments, from arthritis to erectile dysfunction, mainly thanks to its main ingredient, curcumin. However, studies have found that turmeric does not dissolve easily in water which makes it difficult for the human body to absorbed. It needs a ‘chemical transporter’ to be effective.

A team at the University of California had success in using turmeric to help with memory problems. Their study show that turmeric can give a significant memory boost and participants had lower levels of protein plaques in their brain. They reckon it might be the anti-inflammatory effects of curcumin that may be protecting the brain.

Research has also found that curcumin can repair stroke damage in rabbits. Lab tests have also been effective in using curcumin in treating various cancers, including melanoma and breast cancer. In most cases, more study is needed to discover if the treatment would work in humans.

Cinnamon’s appealing aroma and flavour is evident in our Asian, Smokey curry, Tagine and Chermoula sauces. The aroma and flavour come from a chemical called cinnamaldehyde, which has antibacterial and antifungal properties. Research suggest that the chemical may act directly on fat cells, inducing them to start burning energy.

Cinnamon may lower blood glucose levels in people with type-2 diabetes. There is also evidence that cinnamon may have brain-boosting properties.

Enjoy Stir! it up’s Smokey Curry Sauce and it might just help you to remember what you had for supper!

STIR! it UP’s sauces are made with all natural ingredients, free from preservatives. How do we preserve our sauces? By ….

Drying removes the moisture from the food so bacteria, yeast and mould cannot grow and spoil the food. Drying also slows down the action of enzymes (naturally occurring substances which cause foods to ripen) but does not inactivate them.

The sauces are placed into solar – drying chambers, where air is continually circulated, slowly and gently evaporating moisture until a maximum level of 14% is reached. By drying the sauces, the texture of the sauce is obviously modified. The dried sauces look like fruit leathers. Depending on the ingredients, the sauces differ in appearance, some are flakier than others.

Because drying removes moisture, the sauce becomes smaller and lighter in weight. When the sauce is ready for use, the water is added back, and the sauce returns to its original shape.

There are several advantages to using drying for food preservation, including dramatically extending the shelf-life of an item without having to add preservatives. Drying concentrate the flavour of the food. Most are familiar with the difference of flavour between a fresh tomato and a sundried tomato. Sun-dried tomatoes have more concentrated flavours. The same process happens with our sauces, air-drying concentrates the flavours and preserve many of the innate nutrients in the sauces. 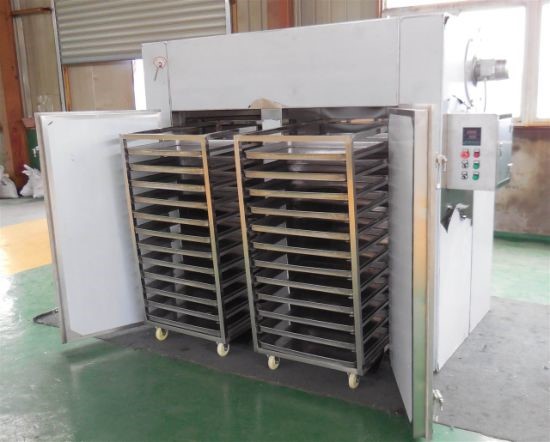 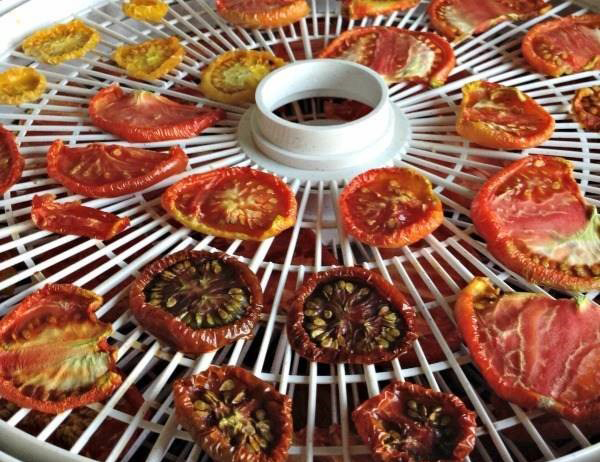 STIR! it UP Club

STIR! it UP Industry

Join the Stir! It Up Club